John Flanigan is a shareholder at Nason Yeager. Mr. Flanigan brings his experience to clients who need assistance in the areas of banking and finance (including public finance) and commercial real estate law. He represents national, state and community financial institutions, developers, purchasers and individuals on the local and national level, often negotiating complex financing for a variety of commercial endeavors.

Along with his passion for the law, his name is synonymous with community service in Palm Beach County. He has served on the board or as chairman for many of the county’s most recognizable governmental, Bar, charitable and civic organizations.

When not practicing law or helping the community, Mr. Flanigan is an avocational archaeologist and has surveyed numerous Anasazi sites. He is particularly interested in the Southwestern United States and spent portions of six summers in Chaco Canyon, New Mexico and in the Sedona, Arizona area. 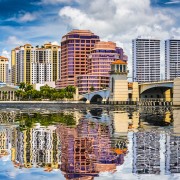 We have a stellar reputation in marital and family law and the skill and experience to bring these matters to successful conclusions.