Michael Nullman is a shareholder at Nason Yeager. As a member of the Firm’s commercial litigation practice group, Mr. Nullman handles a diverse mix of business disputes and litigation in Florida state and federal courts in connection with real estate and title related litigation; construction defect litigation; contract litigation; landlord/tenant actions; employment/labor disputes (including wrongful termination and enforcement of non compete agreements); condominium and homeowners’ association law (including lien foreclosures and general representation); commercial foreclosures; creditors’ rights (in and out of bankruptcy); and appellate practice.

Mr. Nullman obtained his undergraduate Bachelor of Science degree in Industrial Engineering from Northwestern University in Evanston, Illinois in 2002, followed by his Juris Doctor from the Florida State University College of Law in 2005.

Mr. Nullman is a member of the Florida Bar and he is also admitted to practice before the United States District Courts and Bankruptcy Courts for each of the Southern, Middle and Northern Districts of Florida. He is an active member of the Palm Beach County Bar Association, and regularly sits on its various committees.  He is also an active member of the Greater Boynton Beach Chamber of Commerce, and has been selected for inclusion in Florida Super Lawyers Rising Stars for 2009 and 2010.

Mr. Nullman is a South Florida native and currently lives with his wife and children in Boynton Beach. 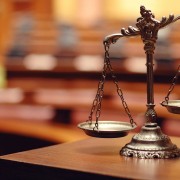